It’s been a weak start to the month of June for silver (SLV) as the metal is lagging gold by 600 basis points, down just over 5% thus far. This continued underperformance is likely what has contributed to the skimpy demand for the metal among small speculators, with long exposure from this group remaining near 9-month lows.

However, while silver has been underperforming over the short-term, the metal looks like it might be changing its character over the medium-term, as the silver to gold (GLD) ratio has been in a clear uptrend since the mid-March lows.

If true, this is a significant development for the bulls in the metals space, as both gold and silver tend to perform much better when silver is leading. Let’s take a closer look below:

As we can see from the chart above, showing the silver/gold ratio, silver has made a significant comeback from its worst performance against gold in over a decade, briefly trying to reclaim its key weekly moving average.

Generally, two or more weekly closes above this key moving average have signaled a positive change in trend in the silver/gold ratio, and this has favored silver over the medium-term but has also produced outsized returns for gold.

While silver has yet to reclaim this critical moving average (yellow line), it does look like this ratio is building a new base, and gold’s recent move to new highs is not dislodging this indicator yet.

Therefore, while the indicator has taken a beating for the month of June, it remains intact from a medium-term standpoint, and it could finally turn later this year. The first sign of a positive turn would be two consecutive weekly closes above a 0.012 ratio for the silver/gold ratio.

As shown in the chart below, we’ve seen four signals in the past decade, with the last three bearish. However, the bullish signal in August of 2010 generated exceptional returns for those holding both gold and silver. 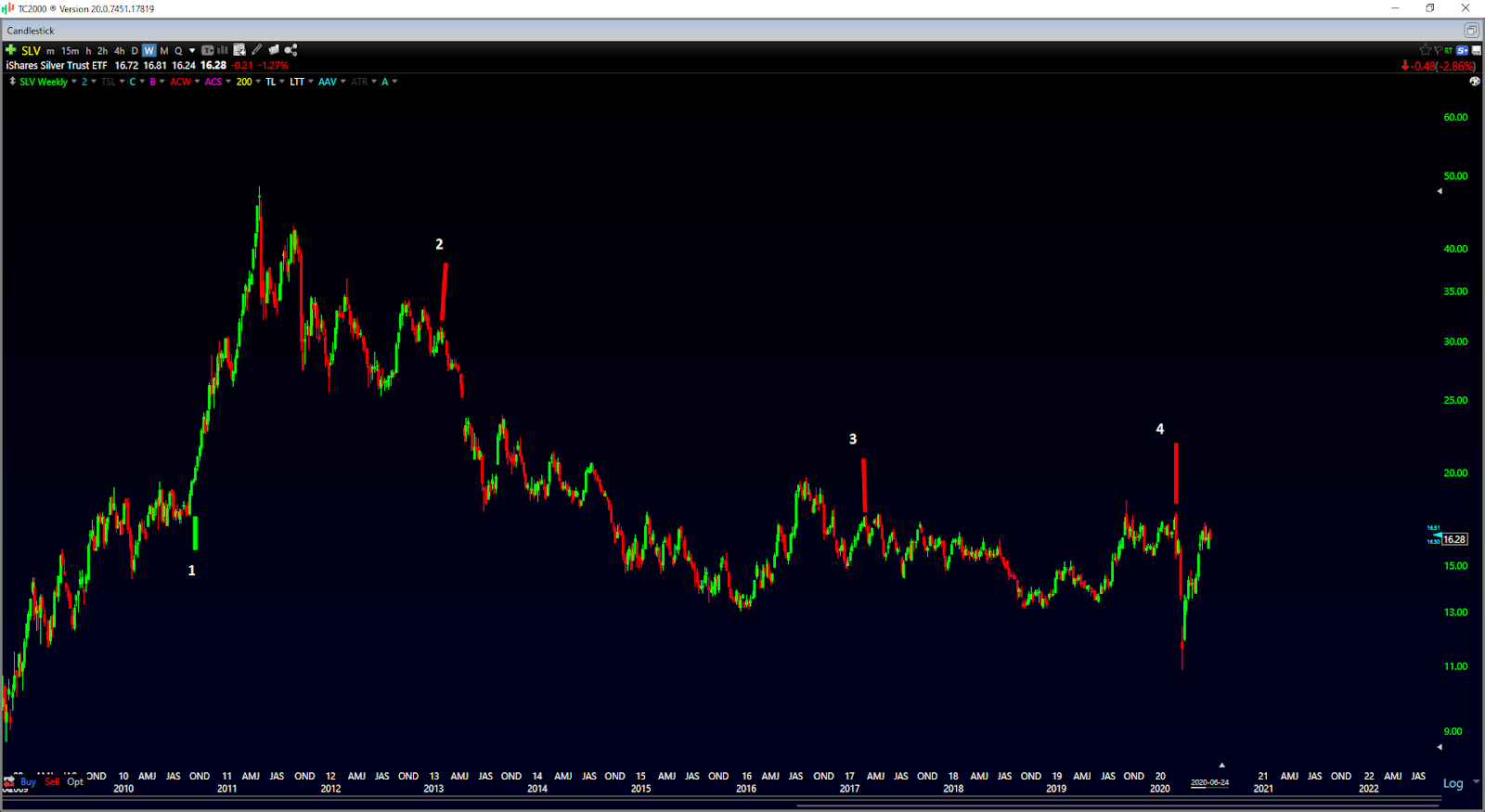 If we move over to positioning among small speculators, we can see that they still don’t seem interested in the silver trade, with the 1-month moving average for silver sitting at 36,000 long contracts. This is a stark contrast to the 48,000 to 60,000 plus contracts we saw small speculators holding the last time we were above $18.00/oz, suggesting that the small speculators have either lost interest in this trade or given up after the mid-March meltdown.

This continues to be a positive sign as the last thing investors want to see is small speculators piling into the silver trade on the long side. The previous two times this happened, it was time to start taking profits as silver endured 20% corrections in the following three months.