While the major market averages continue to climb towards their previous all-time highs, most commodities have taken a beating since August, with silver being the hardest-hit of the group. Many investors were hoping that a stimulus bill agreement and continued dovish commentary from Fed Chairman Powell last week would light a fire under the metal, but this has not been the case at all. Unfortunately, silver remains 20% below its August highs and has been unable to gain any real traction since its late September low.

Some investors will point to the fundamentals, manipulation, and supply concerns as reasons for new all-time highs this year. Ultimately, it’s the technical picture and sentiment that dictate where the metal is headed over the short-term and medium-term. Given that there’s no clear sign of capitulation yet, and the bears continue to successfully defend the $26.55 resistance level, we still do not have an all-clear signal to get aggressive with either silver or silver miners.

As noted above, sentiment is one of the best predictors of 3-month and 6-month returns, and if we look at the chart above, it was flashing a significant danger signal just two months ago. While scanning gold sites and tallying up the number of bullish headlines was an easy way to judge this, the Daily Sentiment Index data confirmed this, with bullish hitting a multi-year high of 97% bulls, suggesting that everyone was in the pool.

Not surprisingly, the metal has performed poorly since, down nearly 30% from its 52-week high. Some bulls will look at the above chart and be impressed at how sentiment is now back in neutral territory, with a brief dip towards 30% bulls.

However, this is the bare minimum reading we would expect after a 30% decline. Typically, we see a drop to single-digit readings for bullish sentiment after corrections of this magnitude. Therefore, while this is undoubtedly an improvement, I would prefer to see capitulation here in sentiment to increase the probability that the low is in. 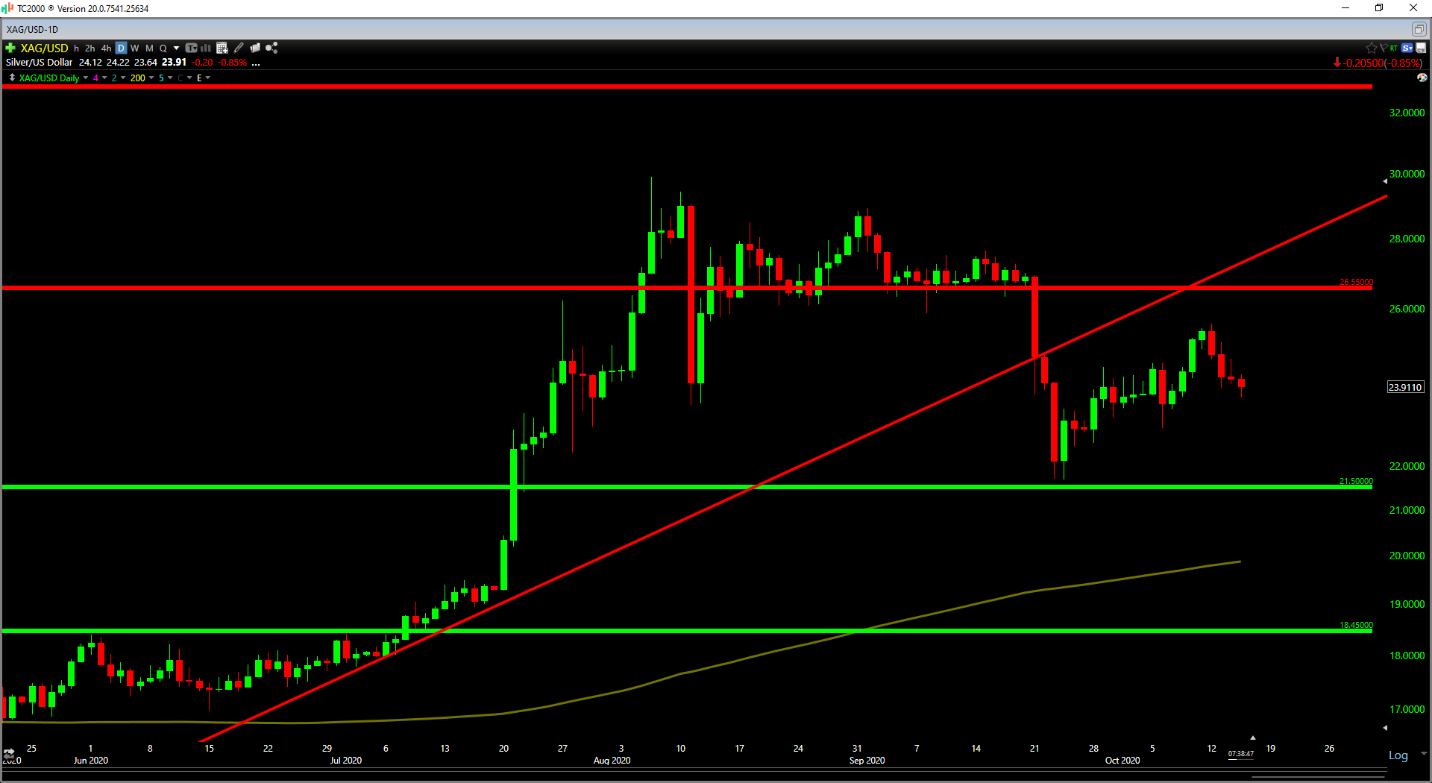 If we look at the technical picture, we can see that a 10-15% decline would have done minimal technical damage, but the fact that we dropped 20% has left silver well below its yearly uptrend line. This is not ideal, as any rallies towards the $26.55/oz area will only be re-tests of the underside of this uptrend line.

It’s certainly possible that the bulls could…