It’s been a rough couple of months for silver investors as the metal remains 20% below its year-to-highs, and formerly glittering silver miners (SIL) have been trading below their key moving averages for weeks. Unfortunately, despite this massive sea change in the performance of both the metal and silver miners, we’ve still seen no clear sign of capitulation from the bull camp.

In fact, bullish sentiment for silver continues to be higher than gold (GLD) even though gold has suffered a correction that’s not even half as deep. While the bullish picture for silver remains intact as long as the bulls continue to play defense near the September lows, there’s no clear sign the correction is over just yet. Let’s take a closer look below:

As shown in the chart above, bullish sentiment for silver came near reaching the extreme pessimism zone ahead of the Presidential Election but has raced back to the 50% bulls level despite a moderate rise in the silver price. While we saw a minor pullback in bullish sentiment yesterday with the metal down over 6%, it is very unusual to see bullish sentiment near 50% bulls for an asset class that is more than 20% off its highs.

This elevated reading despite prolonged technical weakness combined with no clear sign of capitulation continues to point to the possibility of a lower low or re-test of the September 23rd low near $22.00/oz before this correction is over. Therefore, I see no reason to be aggressively adding new positions either in the metal or in silver miners just yet. 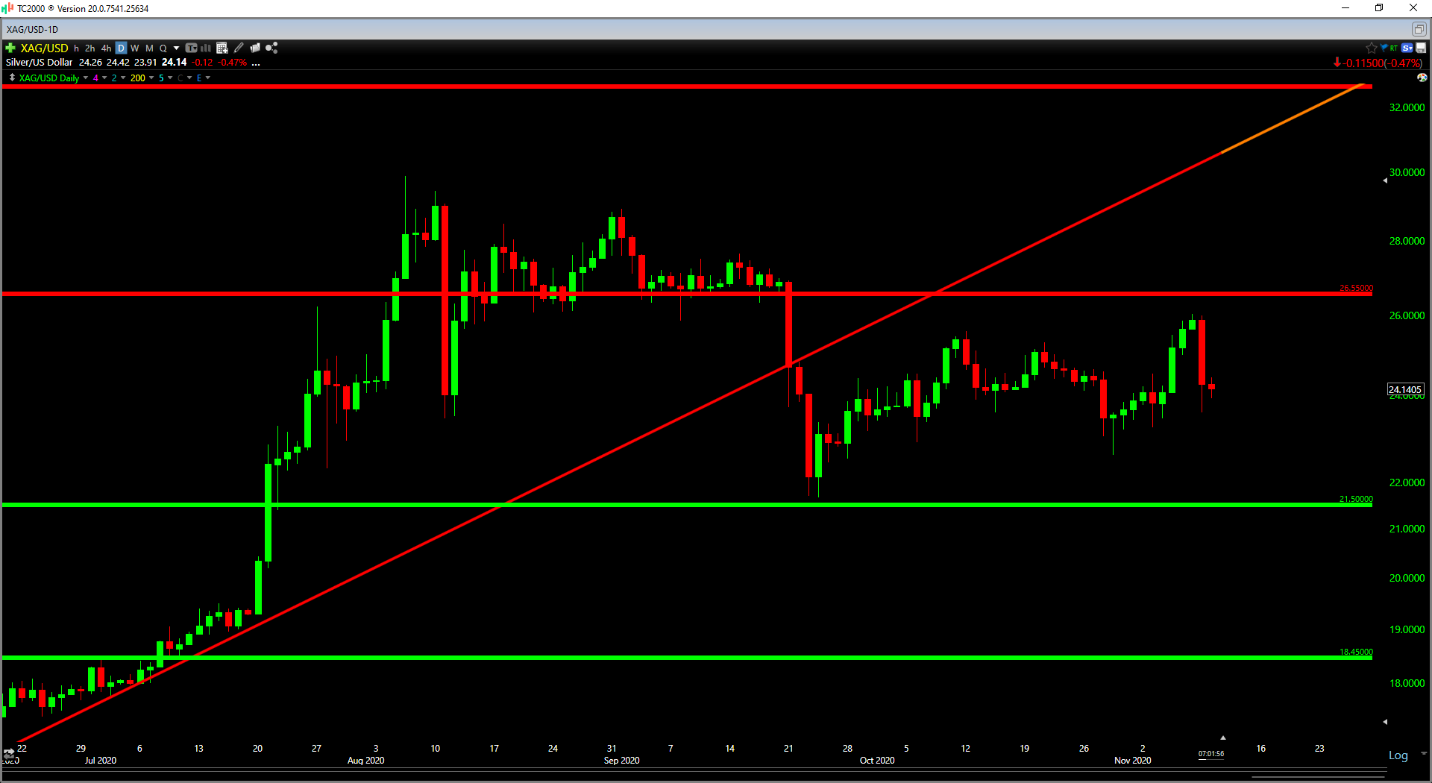 If we look at the technical picture for silver, we can see that the metal has struggled to gain any real traction after putting in a multi-month low near $22.00/oz in September. While the metal has rallied and gained back some lost ground, it’s been unable to get through the critical $26.55/oz resistance area, which is the key to exiting the current correction.

In fact, rallies that can’t get above this area can be treated as mere noise, as they are occurring below a broken uptrend line and the previous strong support from August and most of September. Therefore, as long as the bears can keep a lid on the metal at $26.55/oz, I expect the choppy price action to continue with sharp rallies running into selling pressure.

So, is there any good news? 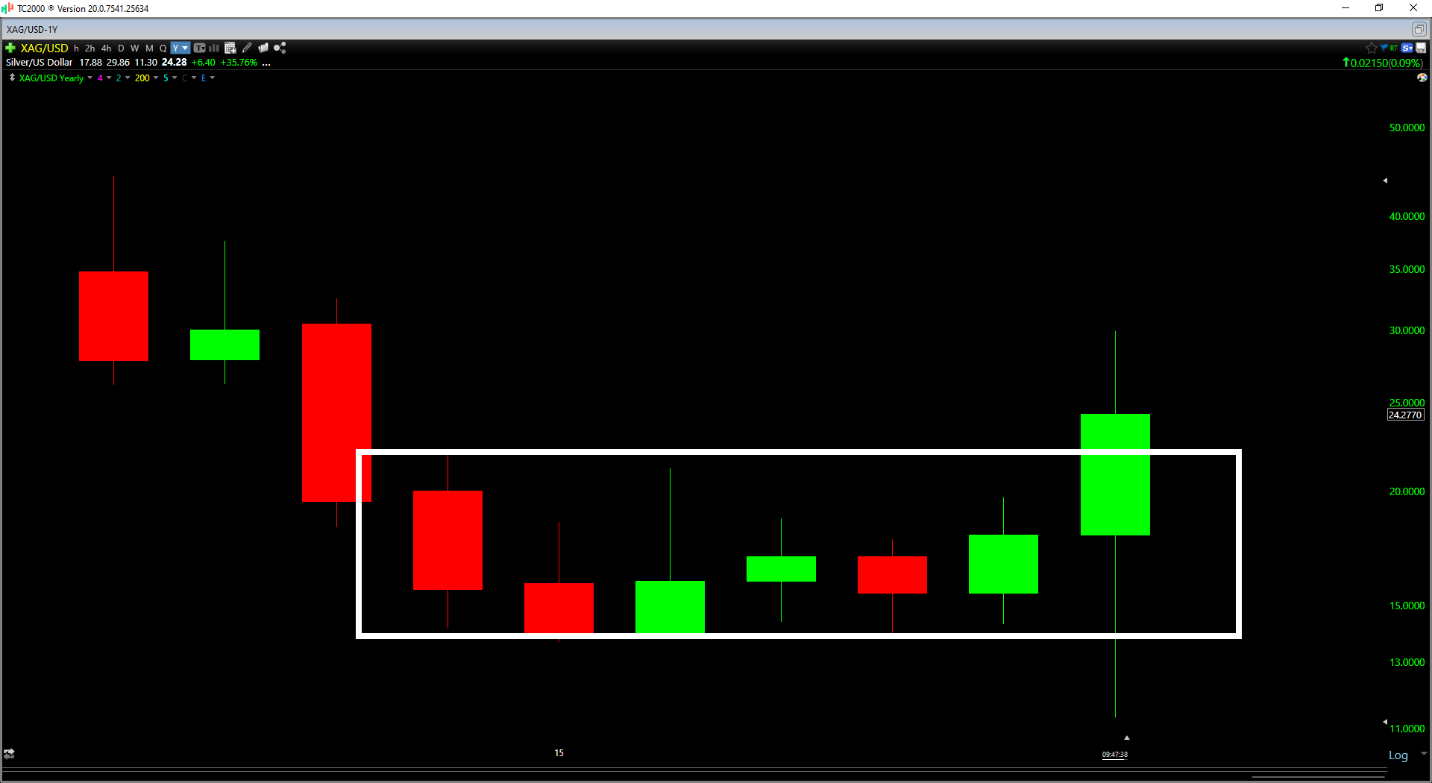 Fortunately, we do have some good news, and it’s the fact that silver remains on track for a yearly breakout as long as it can hold above $21.50/oz into year-end. This breakout is a very bullish development on the long-term chart, even though we have seen a sharp correction following the outperformance in early Q3.

For investors focused on…