While most asset classes have started off the year with a strong performance, the Gold Miners Index (GDX) has continued to struggle. As we enter the back half of February, the index is sitting on a (-) 3% year-to-date return, which pales compared to the S&P-500, up more than 5% year-to-date. Unfortunately, those hiding out in gold haven’t fared much better, with the yellow metal down 4%. The bad news about this weakness in the gold price is that we’ll likely see less margin expansion for the miners next year. However, the good news is that many of these gold miners are already pricing in $1,700/oz and are sporting their most attractive valuations since the COVID-19 Crash lows. In this article, we’ll discuss three names that are paying investors to wait and are trading at very reasonable levels as we head into earnings season: 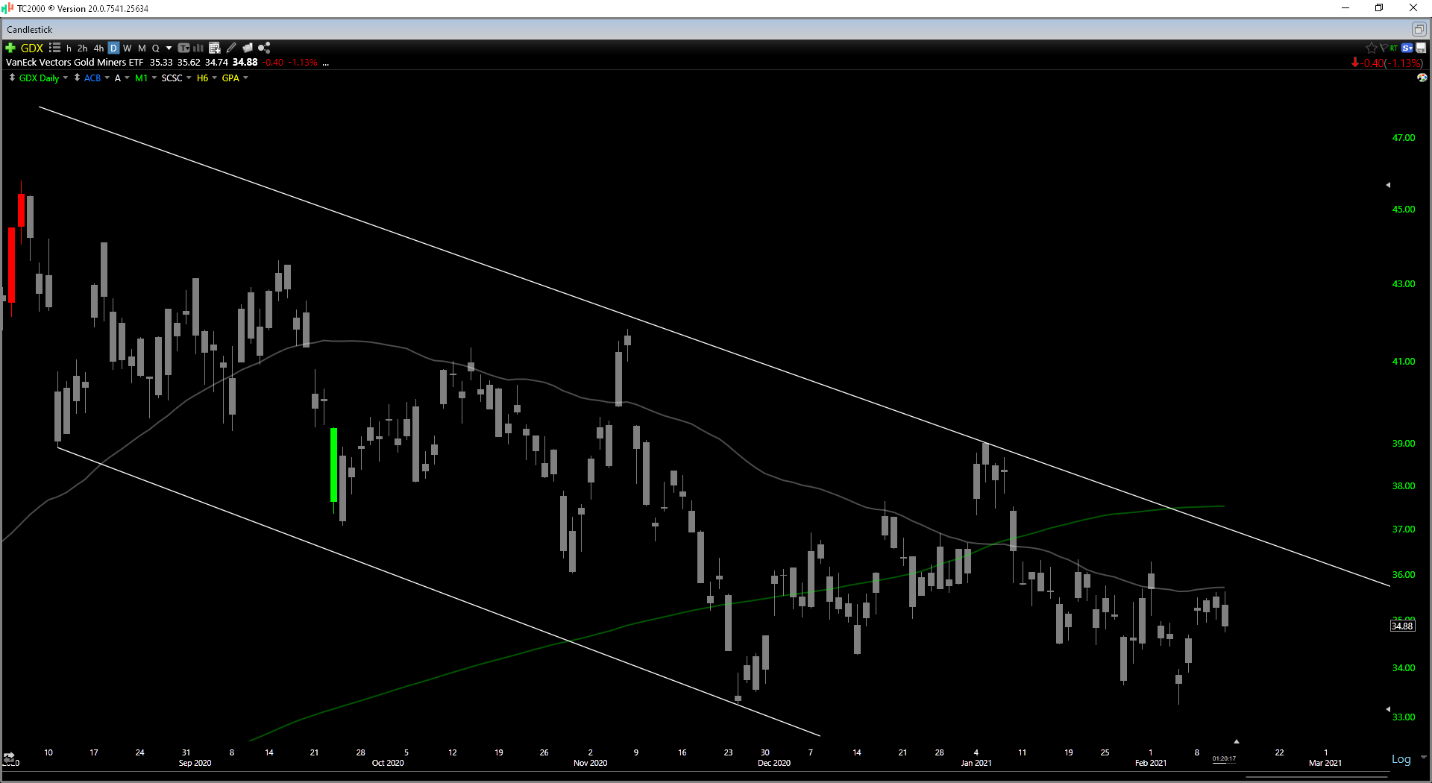 While the Gold Miners Index has several duds in it, which makes investing in the sector a tricky proposition, there are about ten great names in the index worth owning, that can help diversify a traditional equity portfolio. Prior to 2020, this was not the case as the industry did not offer much earnings growth nor yield, but this has changed with gold solidifying itself above $1,500/oz. In fact, the average million-ounce gold producer is paying a dividend that’s higher than that of the S&P-500, and two names on this list are paying dividend yields above 2.75%. The three stand-out names that are trading at deep discounts are Newmont (NEM), SSR Mining (SSRM), and B2Gold (BTG), with all three being either intermediate or senior gold producers with margins of 50% or higher. NEM is the most compelling for risk-averse investors with a $45BB market cap, a 2.75% yield, and a member of the S&P-500. Let’s take a closer look at all three below:

This significant increase should translate to a re-rating for the stock, with most intermediate and senior gold producers trading at closer to 10x earnings. However, SSR Mining has not received any re-rating, even though its margins have improved considerably with the addition of low-cost Copler operations in Turkey.

While some investors might not be crazy about the Turkish exposure, it’s worth noting that Alacer Gold operated in Turkey for nearly a decade with no issues. Plus, the Copler Mine is partially owned by a Turkish operator, so there’s no reason for anxiety around the jurisdiction. However, due to perceptions about jurisdictional risk and poor sentiment in the sector, the stock has slid to below $17.00 per share, despite FY2021 annual EPS estimates above $2.30. This translates to a very reasonable multiple of just 7.3x FY2021 annual EPS estimates, and the company also sports a 1.0% dividend yield at current levels. While this discounted valuation doesn’t mean the stock can’t go lower, I see the sub $17.00 level as a low-risk area to start a small position in this mid-cap miner.

Moving over to the second name on the list, Newmont, we’re also seeing a deep discount relative to prior valuations. Just yesterday, the company announced its updated reserves with more than 94 million ounces of gold in the ground and over 600 million ounces of silver, making it the miner with the largest mineral endowment globally. For investors looking for gold exposure, Newmont offers…