Thus far, it’s been a volatile Q2 for the precious metals. Silver has traded in a 13% range since the start of April, with most of the volatility to the upside. This outperformance has helped silver to regain some ground vs. the S&P-500, underperforming the index just over 900 basis points year-to-date but still lagging last year’s outperformance. Fortunately, the one area silver is leading is relative to gold, a great sign for the precious metals. Generally, the precious metals perform much better when silver is leading, and typically, pullbacks with a bullish silver/gold ratio are simply violent corrections and not the start of new bear markets. Let’s take a closer look below: 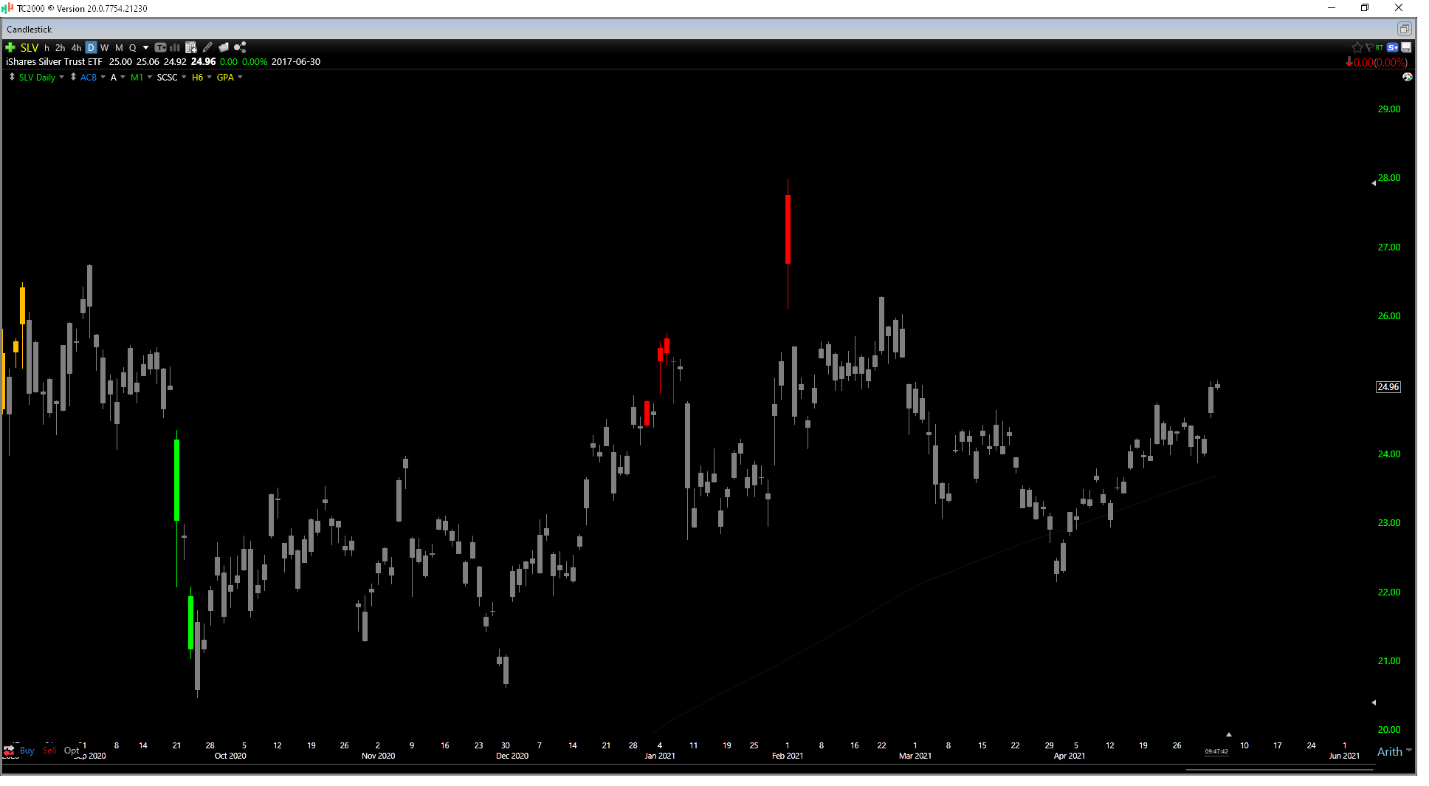 As shown in the chart below, the silver/gold ratio continues to remain in a strong uptrend since Q3 of last year and is now within a stone’s throw of a new 52-week high. This outperformance during the recent 8-month correction in miners and metals suggests that there’s no reason to give up on hopes of a new bull market in metals because silver continues to lead by a wide margin. At previous cyclical and secular tops, silver has typically broken down and starting making new lows vs. gold, and this is not what we’ve seen recently.

We saw this during April of 2011 as silver made a new 30-day low while gold was continuing its march to new highs. This was a canary in the coal mine for the eventual new highs gold would make three months later in August, suggesting the rally was not sustainable. 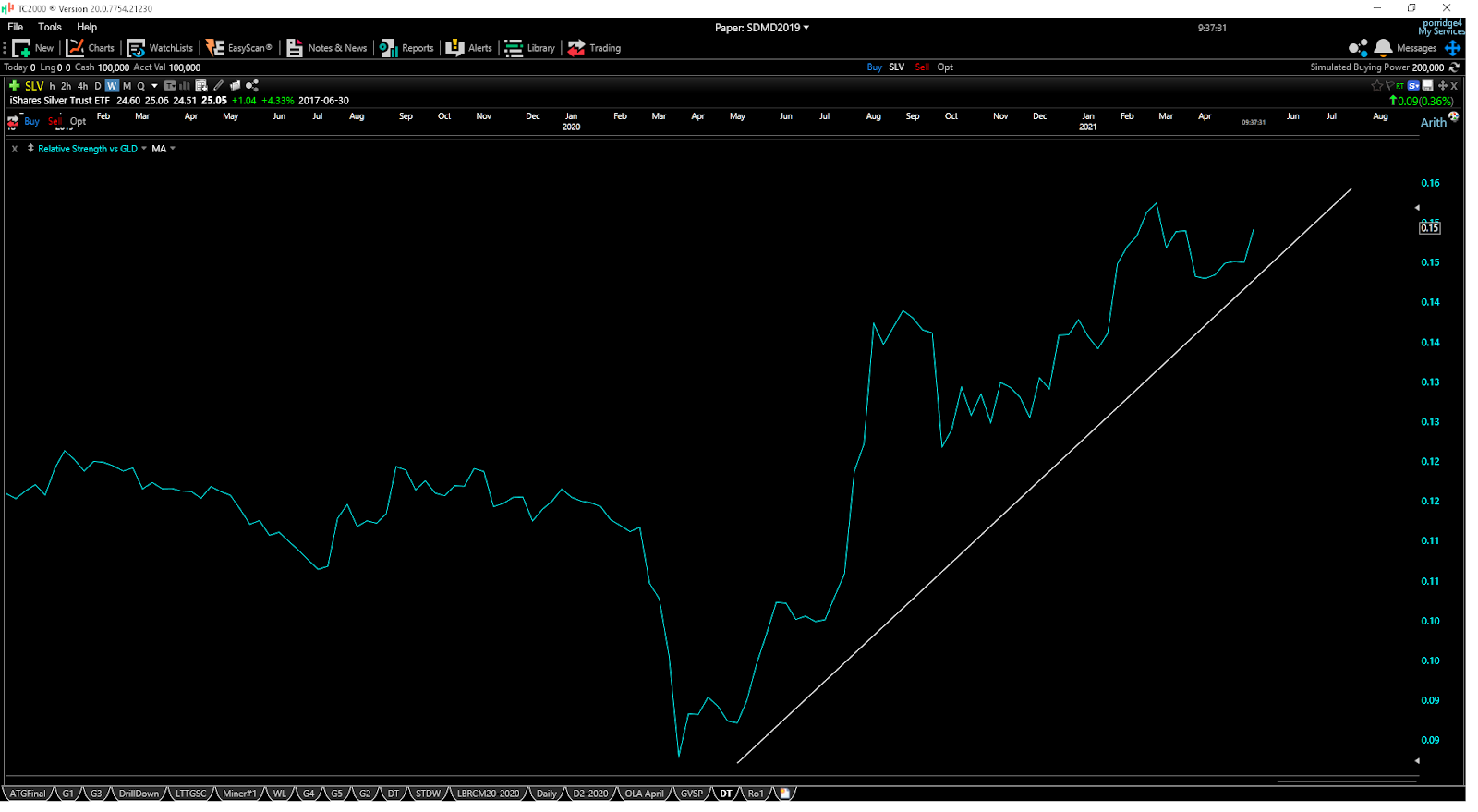 If we look at a chart of the gold vs. silver ratio, we can see that the long-term moving average (yellow line) was previously a major support level for this ratio. However, this has changed dramatically since silver began outperforming after the COVID-19 Crash.

Currently, this moving average now looks to be acting as resistance, and the brief outperformance of gold vs. silver looks to be allowing this moving average to play catch up, with the ratio now nearing resistance. If this is the case, we would expect this ratio to break down over the next two to three months and the silver/gold ratio to make new highs. Given that this ratio is sitting near resistance, any…