We’ve seen a minor changing of the guard over the past month, with the previously hated precious metals complex coming back into favor, while the Nasdaq Composite (QQQ) has corrected sharply. The leader in the precious metals space has continued to be silver (SLV), which is up 11% thus far in Q1, clawing back all of its year-to-date losses. This relative strength amid weakness in the major market averages is a good sign, as is the metal’s outperformance vs. gold (GLD), which denotes a healthy precious metals market. Even better, despite the strength, we haven’t seen any signs of exuberance yet in silver, and bullish sentiment is resetting. Let’s take a closer look below: 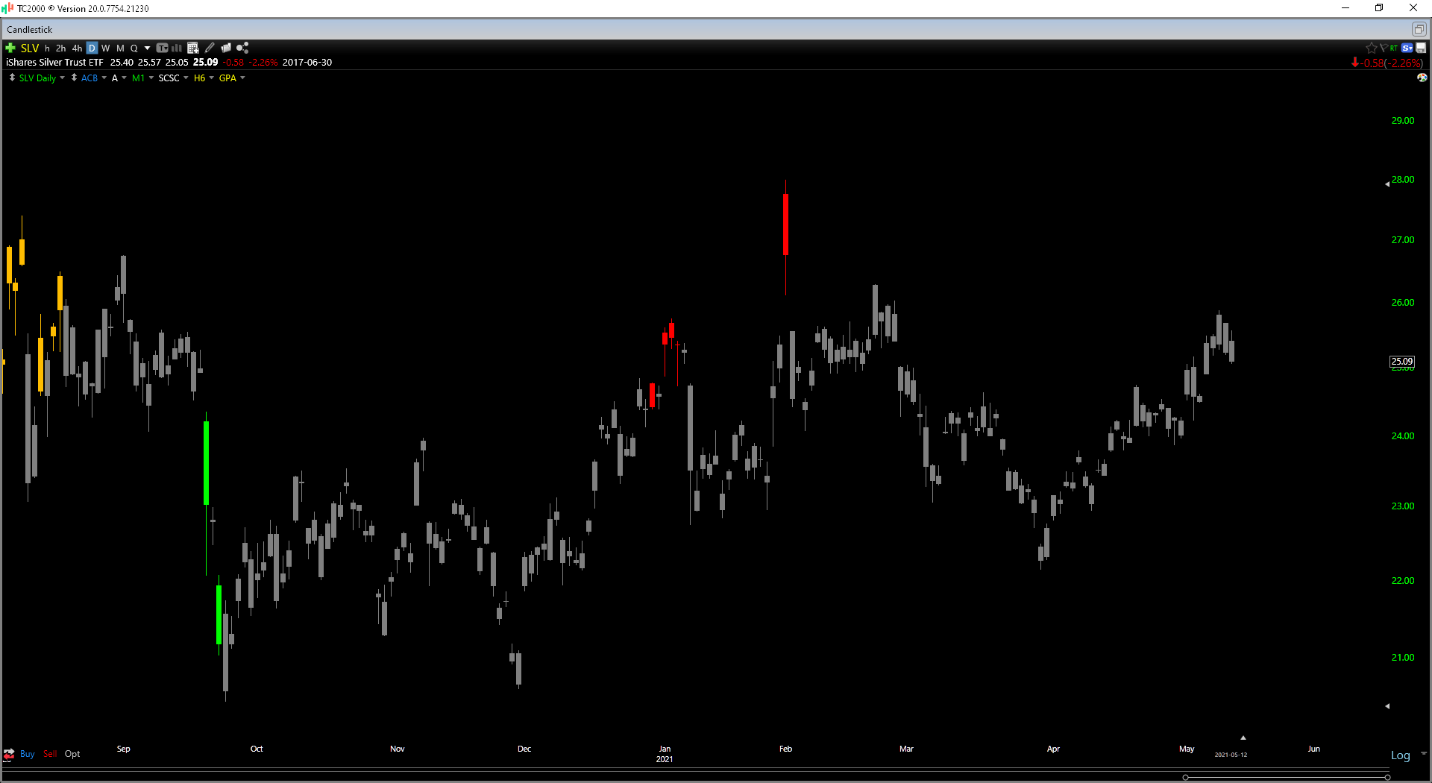 As shown in the chart below, sentiment has improved considerably over the past few months, with bullish sentiment for silver sitting near 50% bulls and the long-term moving average plummeting from a reading near 80% to closer to 40%. This 4000 basis point improvement in bullish sentiment has helped to reset the silver market from an unhealthy amount of optimism in early February, which impeded the market’s parabolic rally. While this current reading of 40% bulls for the long-term moving average is nowhere near a buy signal, which we last got in 2018, it is a massive improvement and nearing a level where we’ve seen cycle lows in the past. At the most recent cycle low in December, the sentiment moving average dipped to 33% bulls before the metal turned higher and put together a two-month performance.

Over the past week, bullish sentiment for silver has continued to climb, but despite this rally, bullish sentiment has not become frothy like in past rallies and is sitting near 50% bulls. These subdued readings combined with the elevated readings from January and February being rolled off have moved this indicator to a neutral reading with a slight bullish tilt, from a previous neutral reading over the past month, and a slightly bearish reading in early February. When this indicator moves to a slightly bullish reading, this is a tailwind for rallies, given that silver can climb a wall of worry.

This is the opposite of what we saw in late January when everyone was bullish, and markets rarely sustain their rallies when the majority are already bullish. The best thing for silver would be continued consolidation inside this multi-month base we’ve been building since last year to shake more weak hands out of this trade. 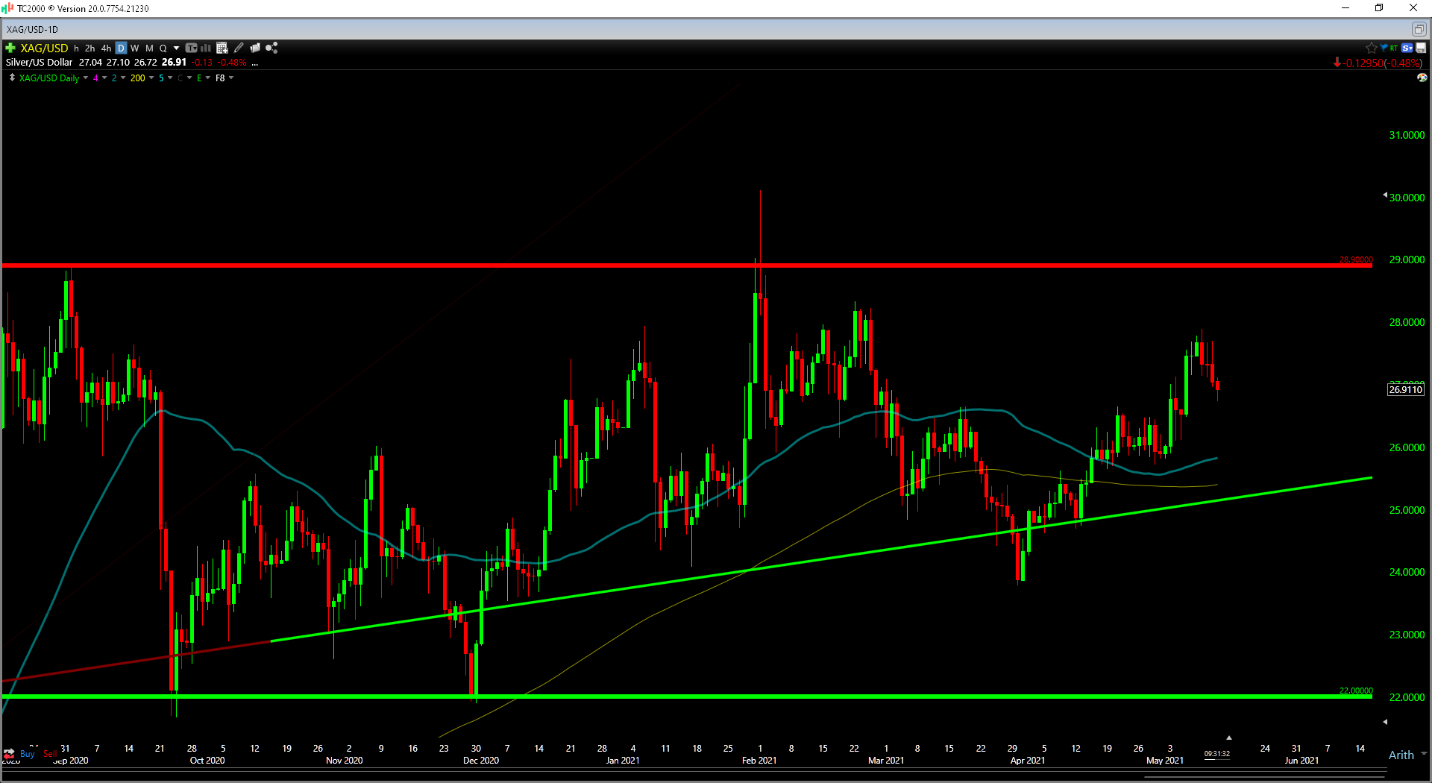 If we look at the technical picture, we can see that silver has resistance at $28.90/oz, short-term support at $25.25/oz, and strong support at $22.00/oz. For the bigger picture, the key for the bulls is defending $22.00/oz, which will keep the monthly chart bullish. In the short term, breaking out above $28.90/oz would set up a rally to above $33.00/oz and confirm the yearly breakout we saw last year. However, with silver in the upper portion of its larger range, I…