It’s been a rough year thus far for the precious metals sector, and while gold (GLD) has only given up one-third of last year’s gains, down 7% vs. a 24% gain in 2020, the miners have been slaughtered, to say the least. This is evidenced by the near 40% decline we’ve seen in the Gold Miners Index (GDX), and the fact that some producers have slid as much as 50%. Not surprisingly, this has decimated sentiment in the sector, with many throwing in the towel completely and others booking tax losses on their gold miners and moving money to greener pastures.

However, the trick to investing in miners is to wait for the majority to give up on the trade before putting any real money to work and to only buy the best names when they’re trading at a discount to their net asset value. After the violent correction we’ve seen, these two requirements have now been satisfied, giving the green light for investors looking for a cheap sector to begin entering new positions. In this update, we’ll look at a few of the highest-quality names in the sector: 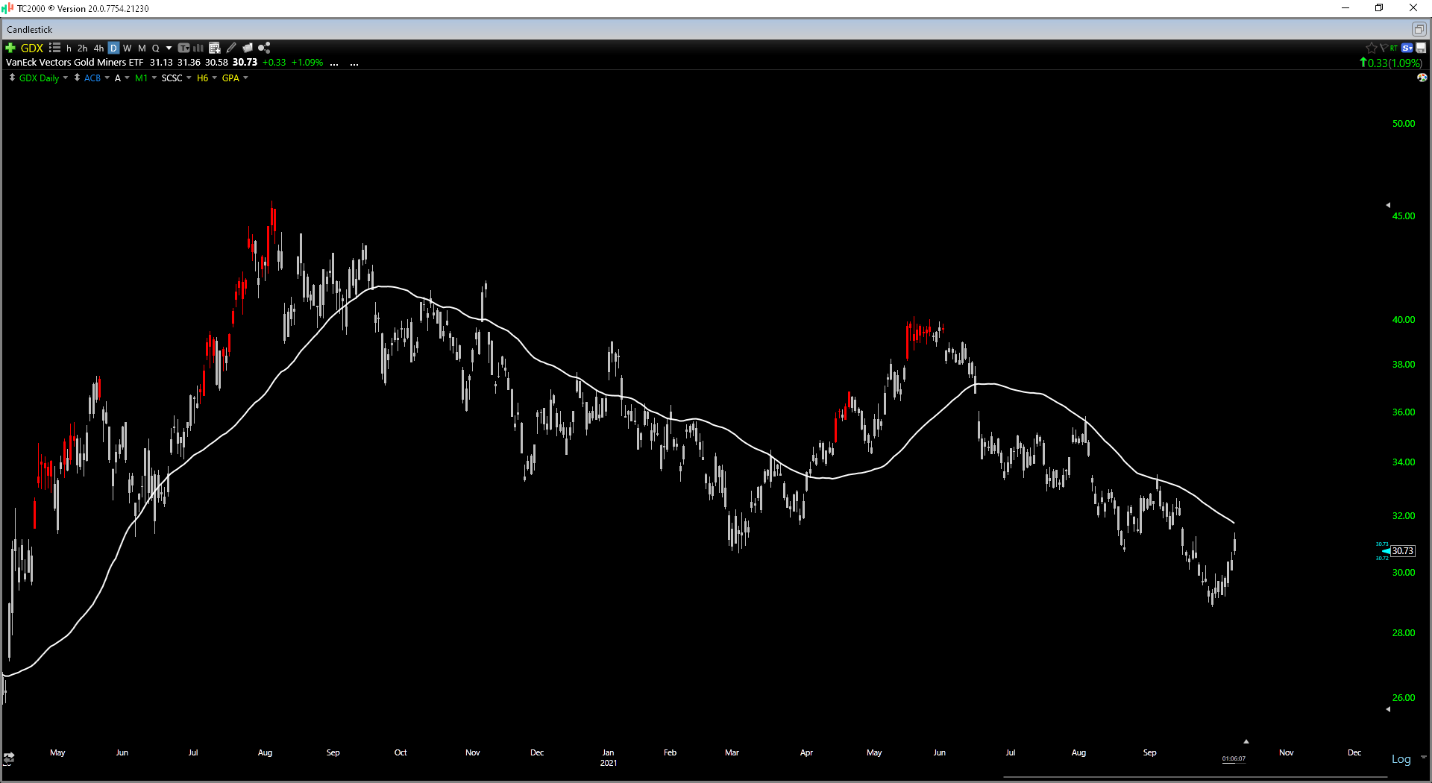 Many investors prefer to invest in the GDX or GLD to gain exposure to the gold sector, and this used to make complete sense in a market where many producers were poorly managed and few were paying you to hold their shares. However, since Q4 2020, we have seen the average dividend yield for million-ounce gold producers soar to more than 2.0%, with this figure now nearing 3.0% as we begin Q4 2021. This is more than double the dividend yield of the S&P-500 and is a very attractive dividend yield relative to nearly every other sector out there.

Plus, it is very easy to see which companies are managed the best operationally, given that it’s very difficult to hide weaknesses during cyclical and secular bear markets, and there are three companies that have emerged much stronger from the rubble, growing their market caps materially over the past decade and two years. These companies are B2Gold (BTG), Agnico Eagle Mines (AEM), and Alamos Gold (AGI), and they are all what I would consider to be best in breed gold producers. Given each company’s high-quality management and industry-leading margins, these companies have typically traded at large premiums to net asset value, and it’s been difficult to buy them at high single-digit free cash flow yields. However, with even the industry stalwarts being thrown out with the bathwater, all three are now on sale and sitting at very attractive valuations. Let’s take a closer look below:

Beginning with Alamos Gold, the stock is a mid-cap gold producer with two mines in Canada and one mine in Mexico, and the company produced more than 240,000 ounces of gold in the first half of the year, tracking at 49% of its guidance mid-point. Some investors have avoided the company given that its costs are in line with the industry average at $1,050/oz and given that it has been in a very high-capex period. This is because the company was busy for more than two years completing the Lower Mine Expansion at its Young-Davidson Mine in Canada.

However, with the Lower Mine Expansion complete, the Young Davidson Mine is now a cash-flow machine. This has helped push revenue up considerably on a year-over-year basis ($422MM vs. $303MM), and the company’s Island Gold Mine continues to report incredible results, with its highest-grade intercept drilled to date reported last month. This intercept was 21.33 meters of 72.21 grams per tonne gold, which is well above the average reserve grade (12 grams per tonne gold) at Island, suggesting further reserve growth and the potential for a new mine more robust mine plan going forward.

As the chart above shows, Island Gold is just a year away from beginning work on a Phase III Expansion with the plan to sink a shaft at the project to increase mine production to more than 2,000 tonnes per day. This is expected to boost annual production from ~150,000 ounces per year to…