It’s been a tough year for investors in the Gold Miners Index (GDX), with the ETF sliding more than 10% year-to-date and massively underperforming the S&P-500 (SPY). The most frustrating thing about this underperformance is that it’s despite inflation readings that have hit new multi-decade highs and negative real rates that are sitting near multi-decade lows.

The good news is that this massive divergence between where gold (GLD) should be trading and the fundamental backdrop has led to a significant decline in gold miners, leaving them at their most attractive valuations since March 2020. In this update, we’ll look at three that look like solid buy-the-dip candidates: 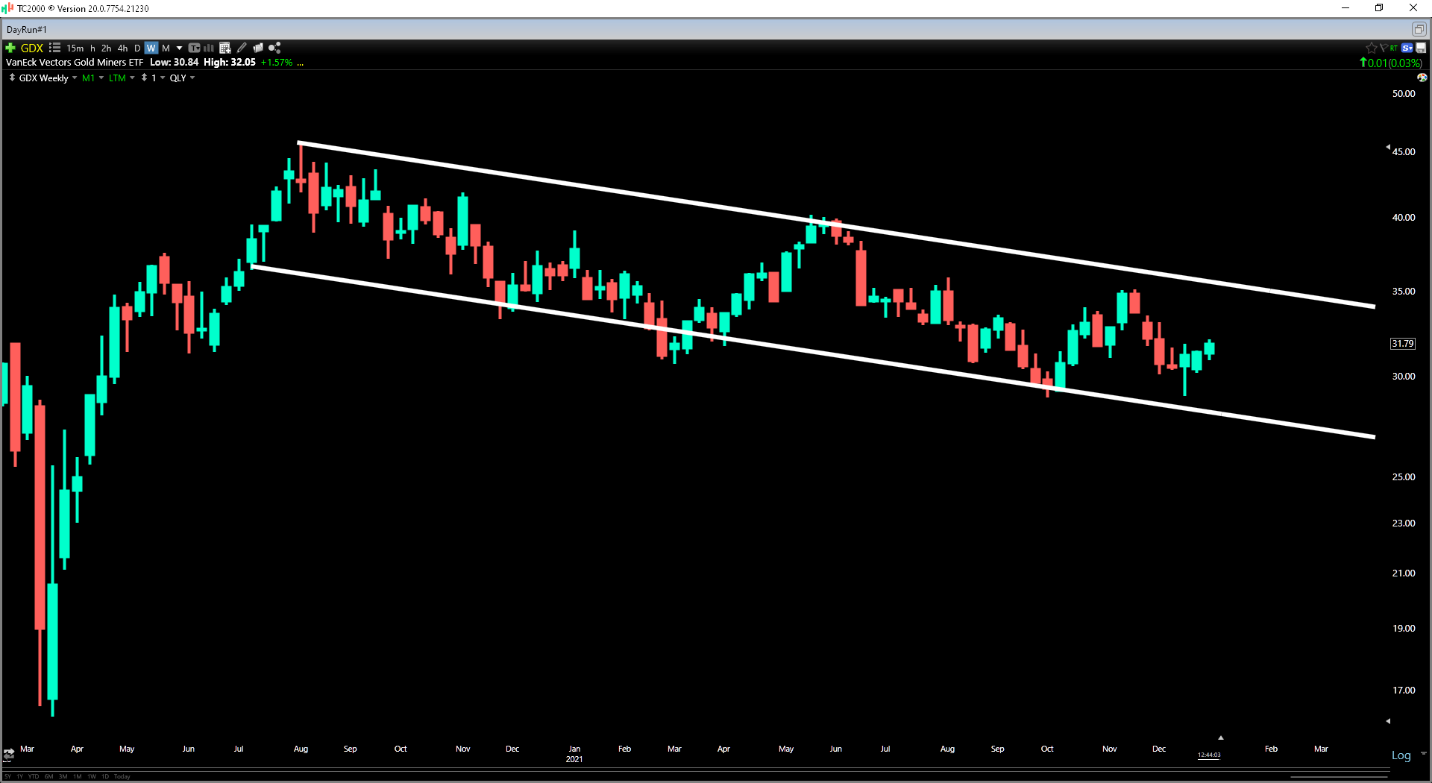 Barrick Gold (GOLD), Hecla Mining (HL), and Eldorado Gold (EGO) have little in common, with one being the world’s 2nd largest gold producer, another being a ~500,000-ounce gold producer, and the third being the only primary silver miner focused on solely Tier-1 jurisdictions.

However, the three do share one common trait: they’re all sitting near oversold levels heading into 2022. In Barrick’s case, the stock is trying to find support at a multi-year trend line, while both Hecla and Eldorado Gold are trading in the lower portion of their trading ranges after giving up significant ground over the past year. Let’s take a closer look below:

Beginning with Barrick Gold, the company has had a very difficult year, with a mechanical mill failure at its Goldstrike roaster in Nevada, having to lap production from Porgera with the asset offline this year, and dealing with inflationary pressures. Despite the difficult backdrop, the company has managed to keep its costs near $1,000/oz, which is in line with its initial guidance. This translates to 40% plus margins based on an average realized gold price of $1,800/oz, a very respectable figure.

During Barrick’s most recent quarter, the company reported revenue of $2.83BB, a 20% decline due to lower production and a much lower average realized gold price. Not surprisingly, this led to continued selling pressure in the stock. However, the company was up against difficult year-over-year comps due to a record gold price in Q3 2020, and I would argue that this weak quarter was already priced into the stock, with GOLD down 40% from its Q3 2020 highs. 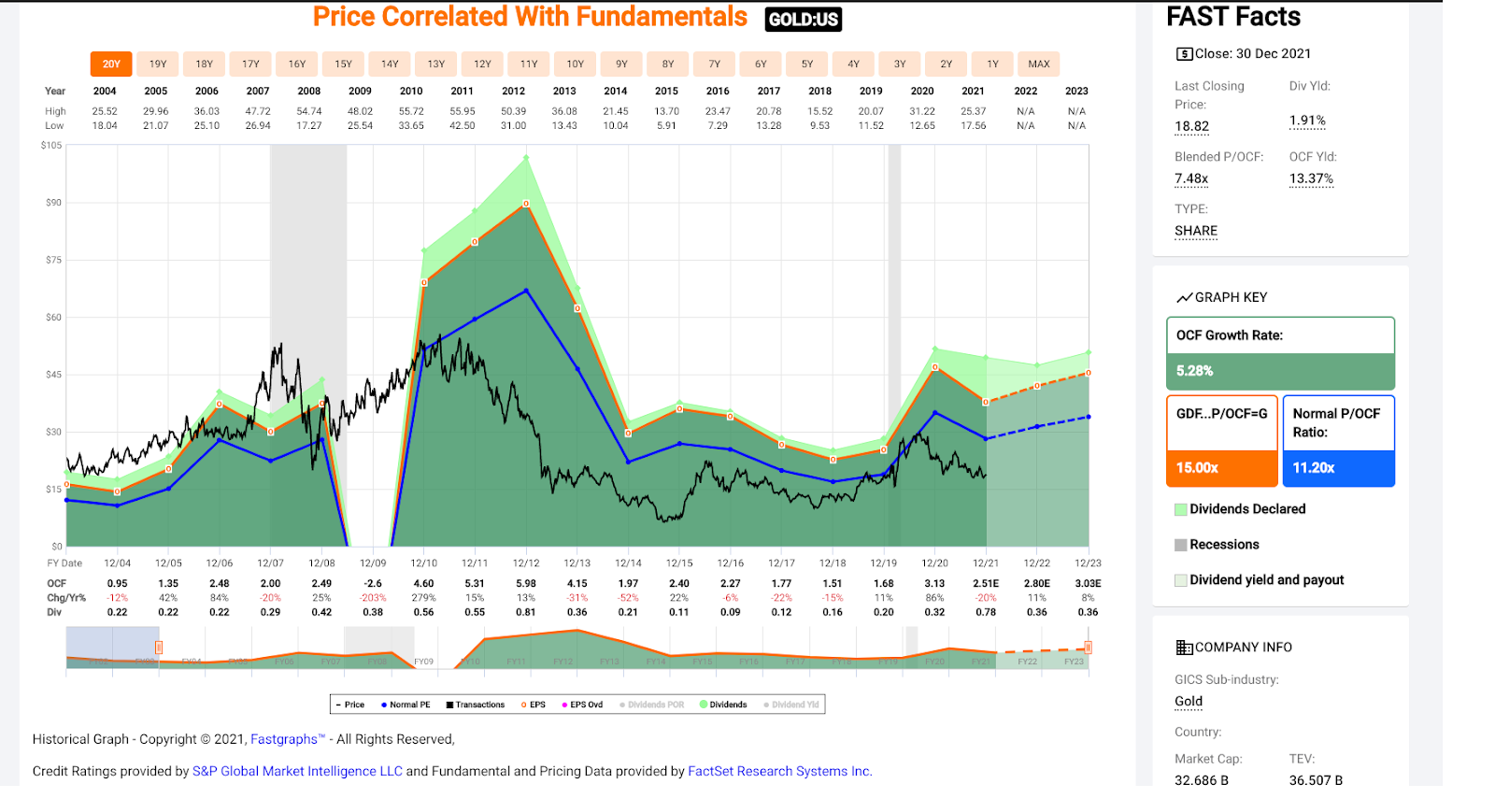 As shown in the chart above, Barrick has historically traded at a cash flow multiple of 11, yet it currently trades at ~7x cash flow based on conservative FY2022 estimates of $2.70. This is a dirt-cheap valuation for the world’s 2nd largest gold producer, especially considering that it also has a…