It’s been a turbulent start to the year for the major market averages, with the Nasdaq-100 (QQQ) down 3% year-to-date and growth stocks getting pummeled, evidenced by the Renaissance IPO ETF (IPO) down 7%. Despite the carnage, precious metals have been giving up ground grudgingly, with silver (SLV) down 2% year-to-date despite recent rate hike chatter.

This strength in the face of a more hawkish stance from the Federal Reserve can be attributed to the fact that the initial rate hike is typically a buy the news event for precious metals, and the fact silver has sold off sharply on the rumor already, down 20% from its highs. Let’s take a closer look at the metal and some of the best ways to gain exposure:

The chart above shows that real rates continue to sit deep in negative territory following the most recent inflation readings, which is typically a very bullish backdrop for precious metals. This is because there is no opportunity cost to hold the metals. In fact, holding the metals provides protection against losing one’s purchasing power. However, with Bitcoin and other digital assets being in vogue, neither gold nor silver responded how they should have, causing many to abandon the trade altogether.

While abandoning an under-performing trade makes some sense given that it’s a temporary opportunity cost, the flight out of gold and silver by many speculators has contributed to a massive decline in most gold/silver miners, with valuations the most attractive they’ve been in years. So, it might be time to re-enter the trade for those who rushed out of the trade, especially with this being the best seasonal period to own silver and miners, with the metal typically bottoming in mid-January before a steady 3-month rally into April. 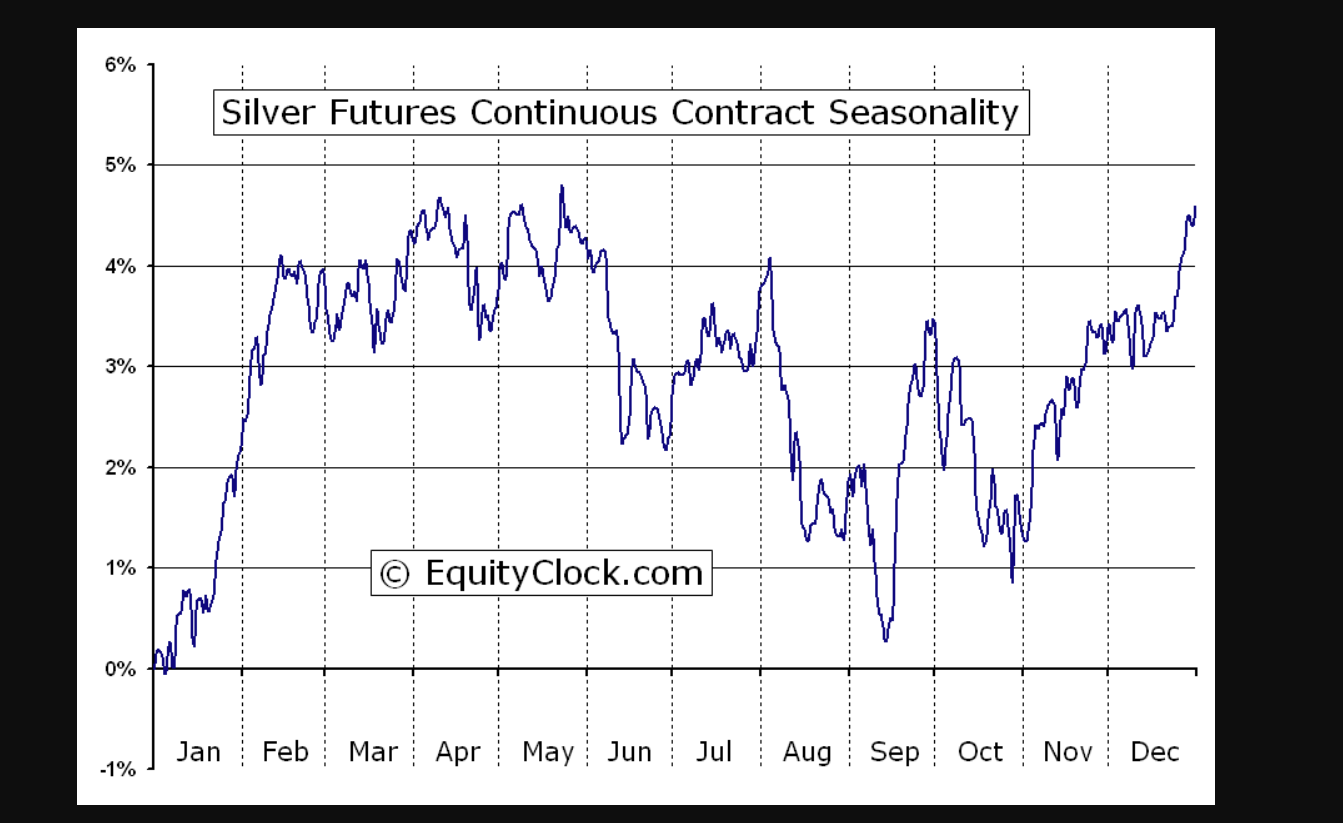 9 “MUST OWN” GROWTH STOCKS

Looking at the chart below, we can see that while seasonality is positive for silver, the technical picture has also begun to improve. This is because silver appears to be trying to make another higher low vs. its September and December lows, recently finding strong support at $22.00/oz and appearing to be…