However, selling pressure has waned since the end of June. The daily candles have been mild, suggesting less and less distribution.

These candles come amidst an extreme oversold condition.

We plot GDXJ below along with our custom indicators. Each of the three indicators has hit the most extreme level in over seven years. GDXJ is the most oversold it has been since the end of 2014. 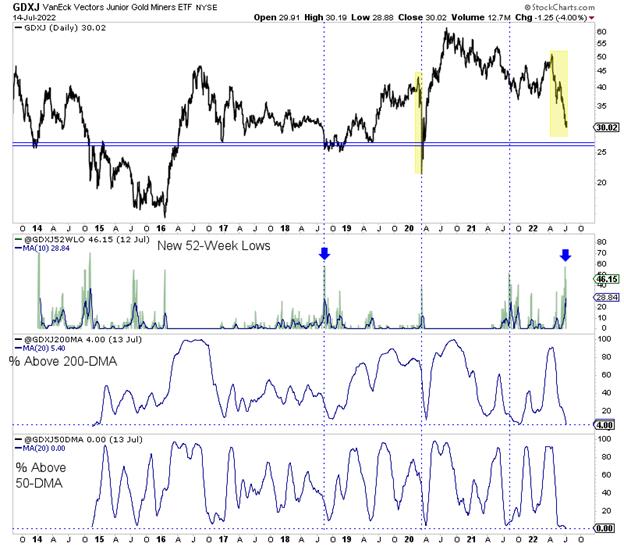 The large-cap miners are not quite as oversold as GDXJ, but they are close. 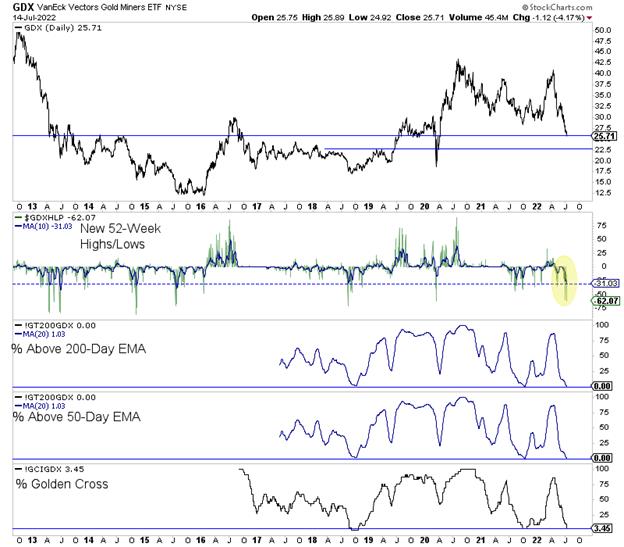 In re-assessing support levels in the gold stocks (after last week), I came up with the following.

GDX, GDXJ, and the HUI all have begun to stabilize at their respective first support levels. 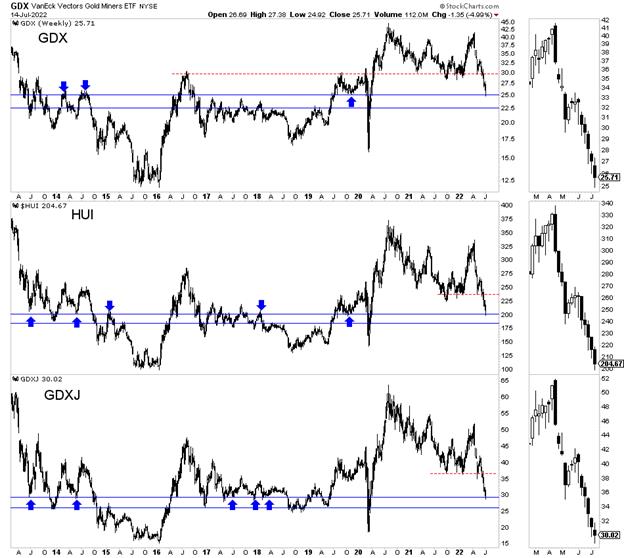 The path of least resistance for the gold stocks in the short-term is higher. Even when they were extremely oversold in 2008, 2013, and 2014, they enjoyed a relief rally before more selling.

Whether this rebound will be sustainable will depend on…